We Made These Songs

by We Made These Records 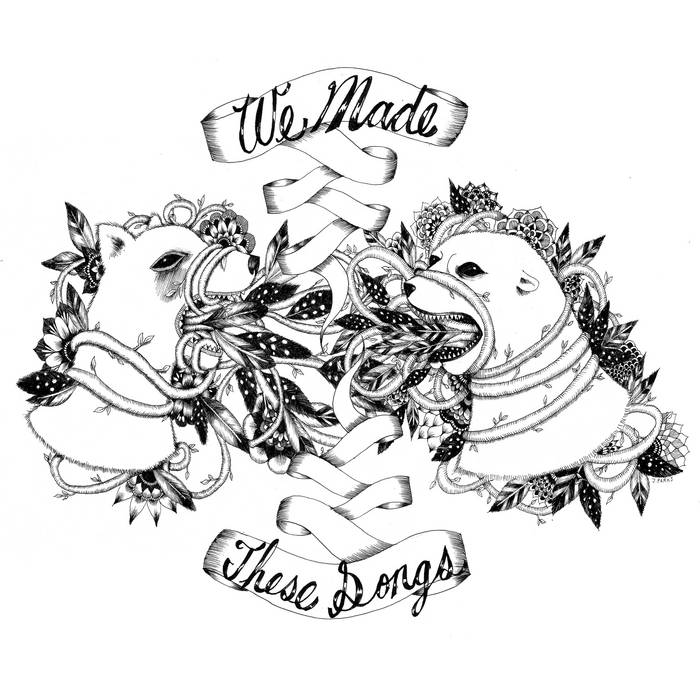 In 2006, Jon Miller co-organized the "We Made This Portland" project: a small, grass roots, three day local music festival with an accompanying free CD compilation. The goal was to promote, nourish and connect a community of artists. The overwhelming success of both the show and promotional model it represented planted the seed in Miller's mind to further build on the concept and to develop a future project.
In a city with a frenetic and constantly changing music scene, each passing moment in time can be too easily lost. CD's have become fleeting ephemera, forgotten after a few years collecting dust, and digital files will disappear from view and memory with a click of the mouse. Miller, drummer for long time Portland band Swallows, being acutely aware of the throw away culture surrounding CDs, wanted for this new project to instead to create an artifact. Something to be cherished as a permanent documentation of a moment in Portland music culture. Not something to be digitized and forgotten. In 2010, four years after the original "We Made This" project , Miller began organizing the new compilation, this time however deciding to press exclusively on vinyl.
In the original incarnation of the "We Made This" project, over 14 bands were involved. While this did represent a large swath of the Portland music community, it was at times unfocused. For the 2010 concept, less bands would be involved, however more time would be allotted per band. In addition, all songs would be previously unreleased and recorded specifically for the "We Made These Songs" compilation. The end product would capture artists on the cusp of creation and truly be the actualization of a precise moment in time in the Portland underground.

We Made These Records in Sunny Portland, Oregon.

We Made These Records Portland, Oregon

Bandcamp Daily  your guide to the world of Bandcamp